Captivated by the Stars

One of the most attractive nuances I find about photography is what it teaches me about  what I see from day to day (or in this case night to night). And, how the reality that I am attuned to  has changed so much since I started taking pictures of the stellar bodies in the night sky.

A camera, being a fairly simple device, captures an image the user focuses upon. But, I’ve recently found that what the camera lens sees, is often altered and beyond what the human eye can perceive. This allows for a lot of imagination and creativity in using the camera as a tool to show us how the world around us behaves in a new way. 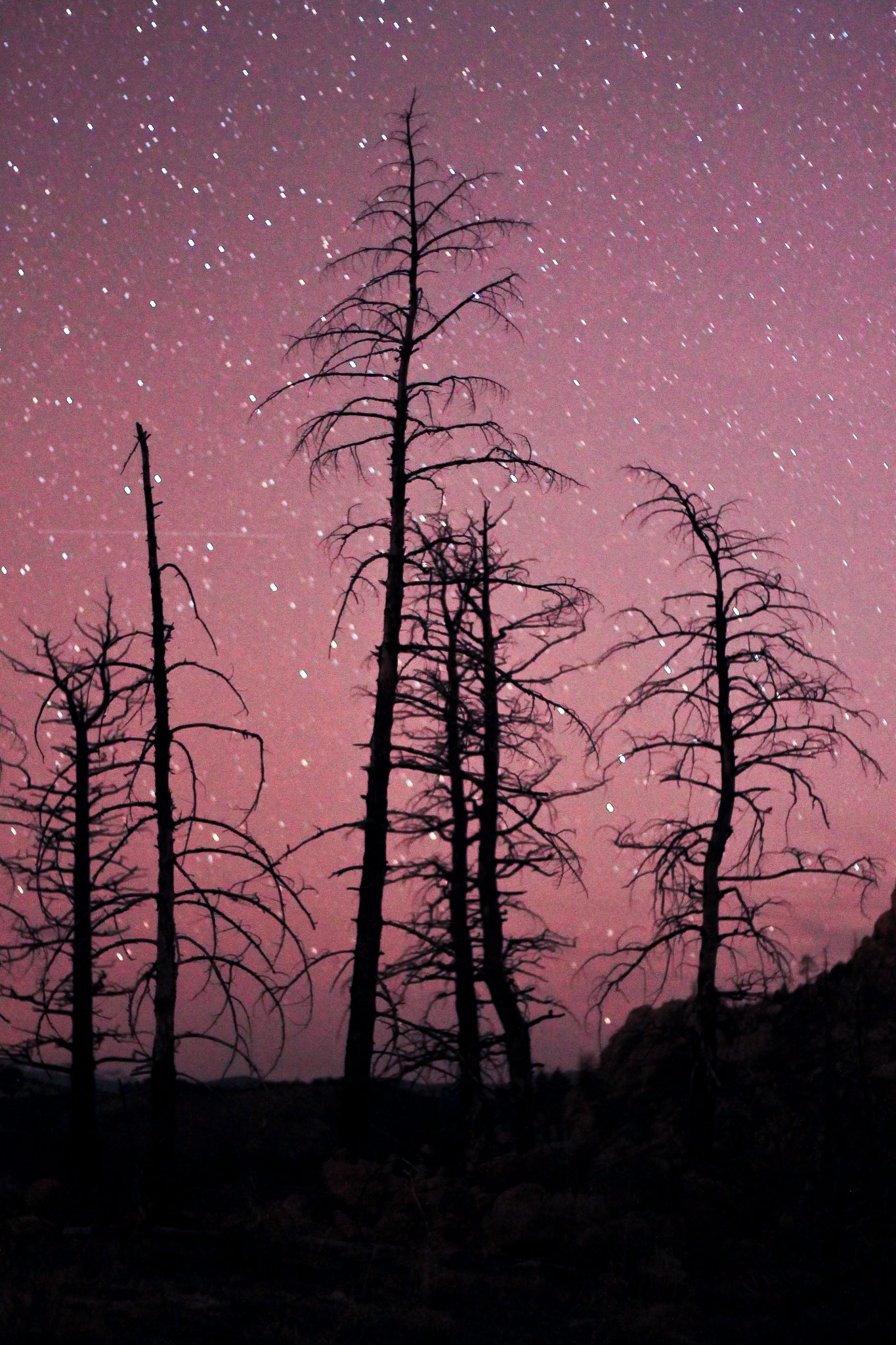 The image above is on that I captured with my 50mm prime lens at around 11:00pm while backpacking up by Grey Rock in the Poudre Canyon for my birthday. Me and my good friend Ben Dory, went out for two days and a night and spent most of it taking pictures (thanks for letting us borrow your car Sabrina!). Too much fun! 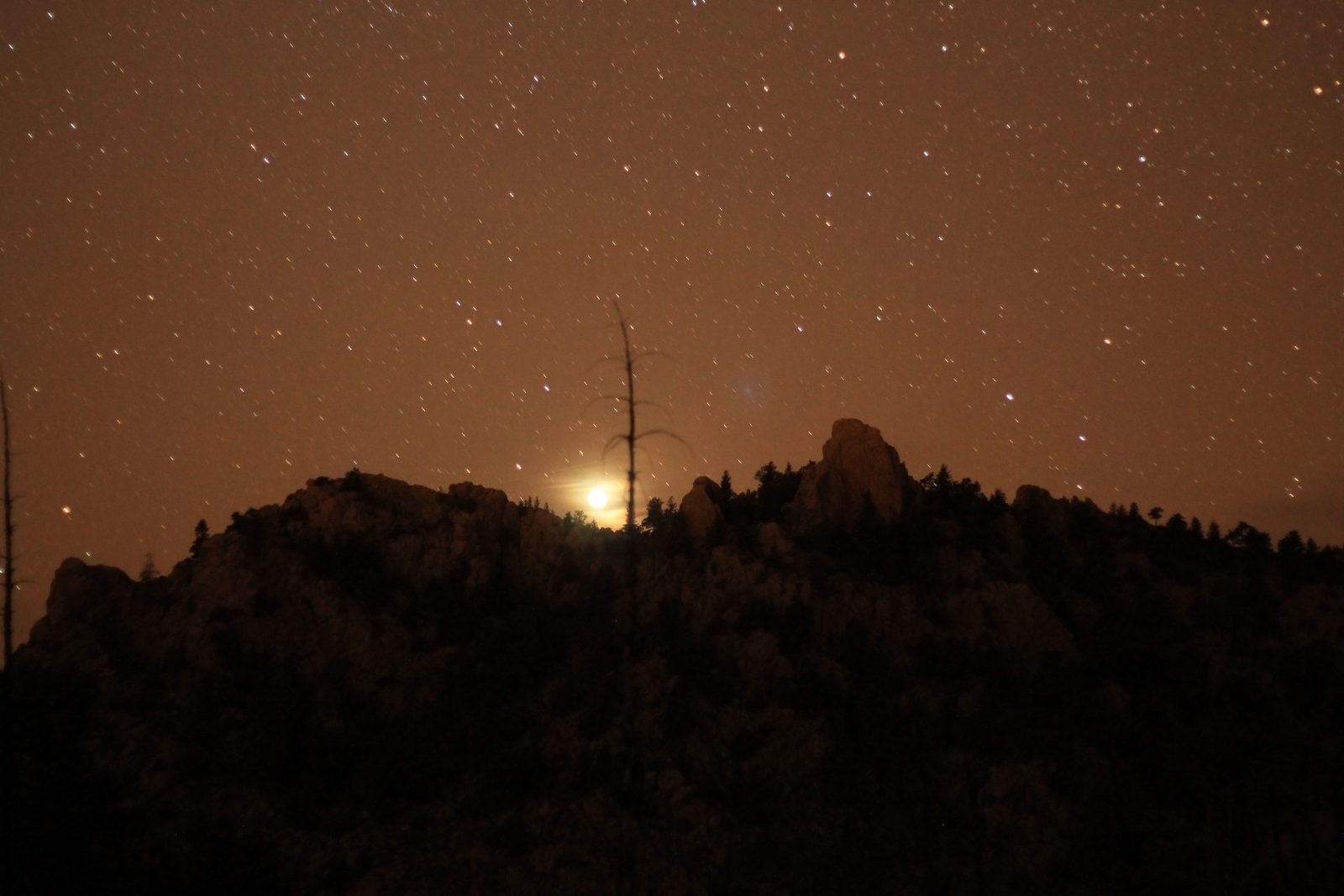 This is a picture of Venus setting on the horizon. I definitely noticed a magnification effect similar to the when the full moon on is rising just above the horizon. The white balance is lending the orange-ish glow.  (20 sec, ISO- 1600, f 1.8) 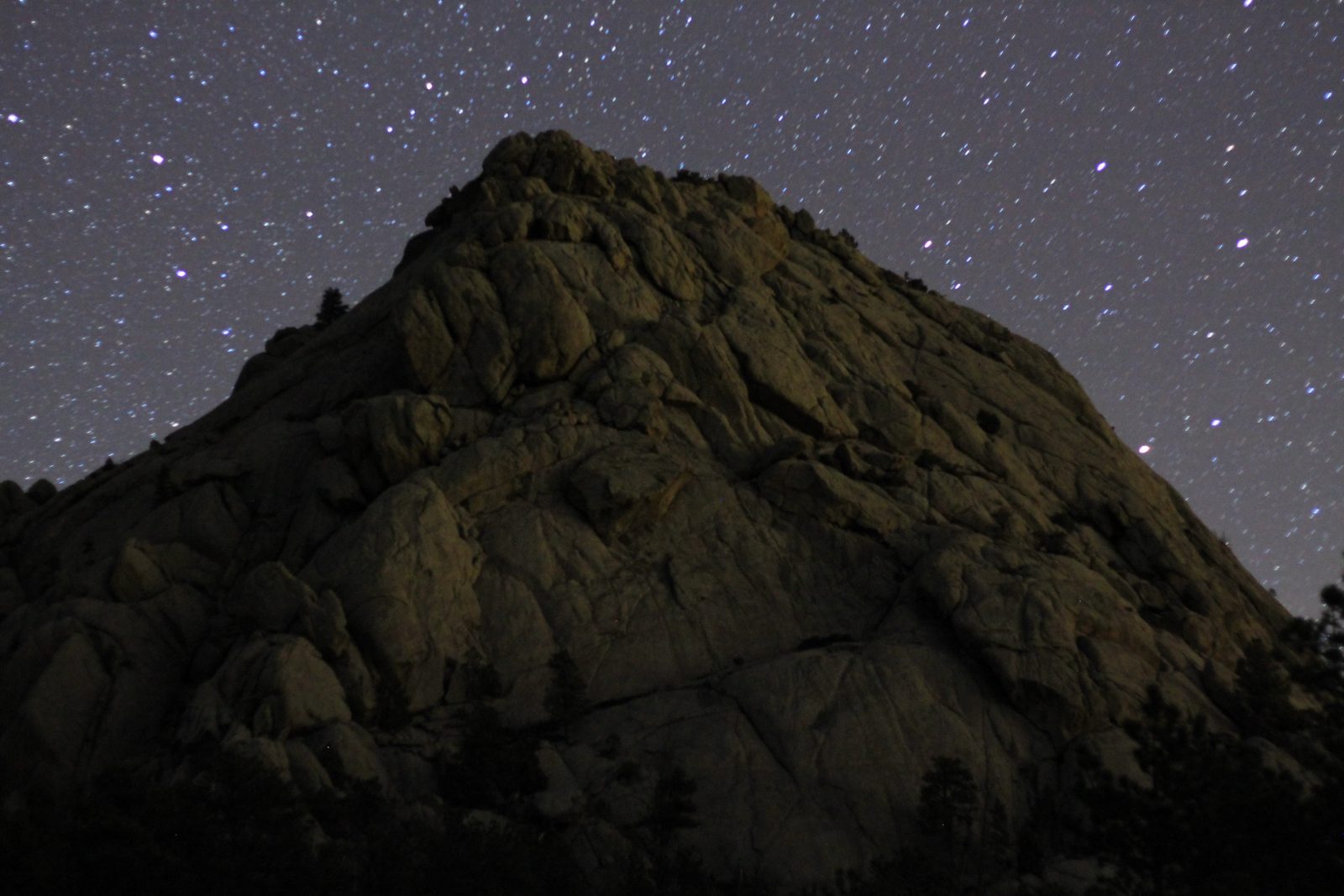 This is Grey Rock. A Granite formation in the Poudre River Valley. And yes, she is as picturesque as she seems… Like most mountains…. 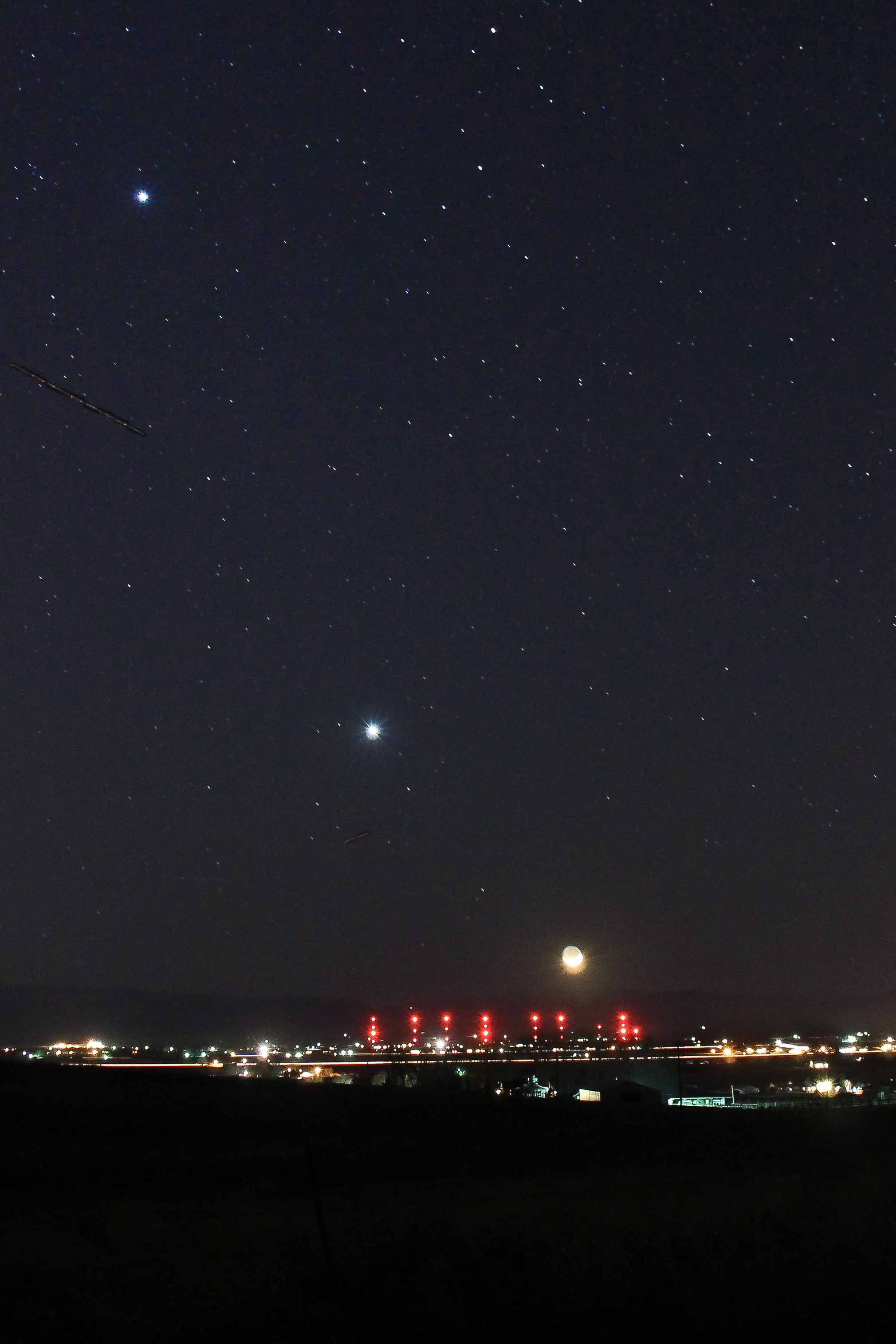 This was a great night. My good friends, Ben Dory, Erik Phillips and Sabrina came out east of I-25 to take photos. The nearest stellar bodies that are view-able in the frame (from top to bottom) are Jupiter, Venuse and the our very own moon (complimented by some nice red blinkies off in the distance 😉 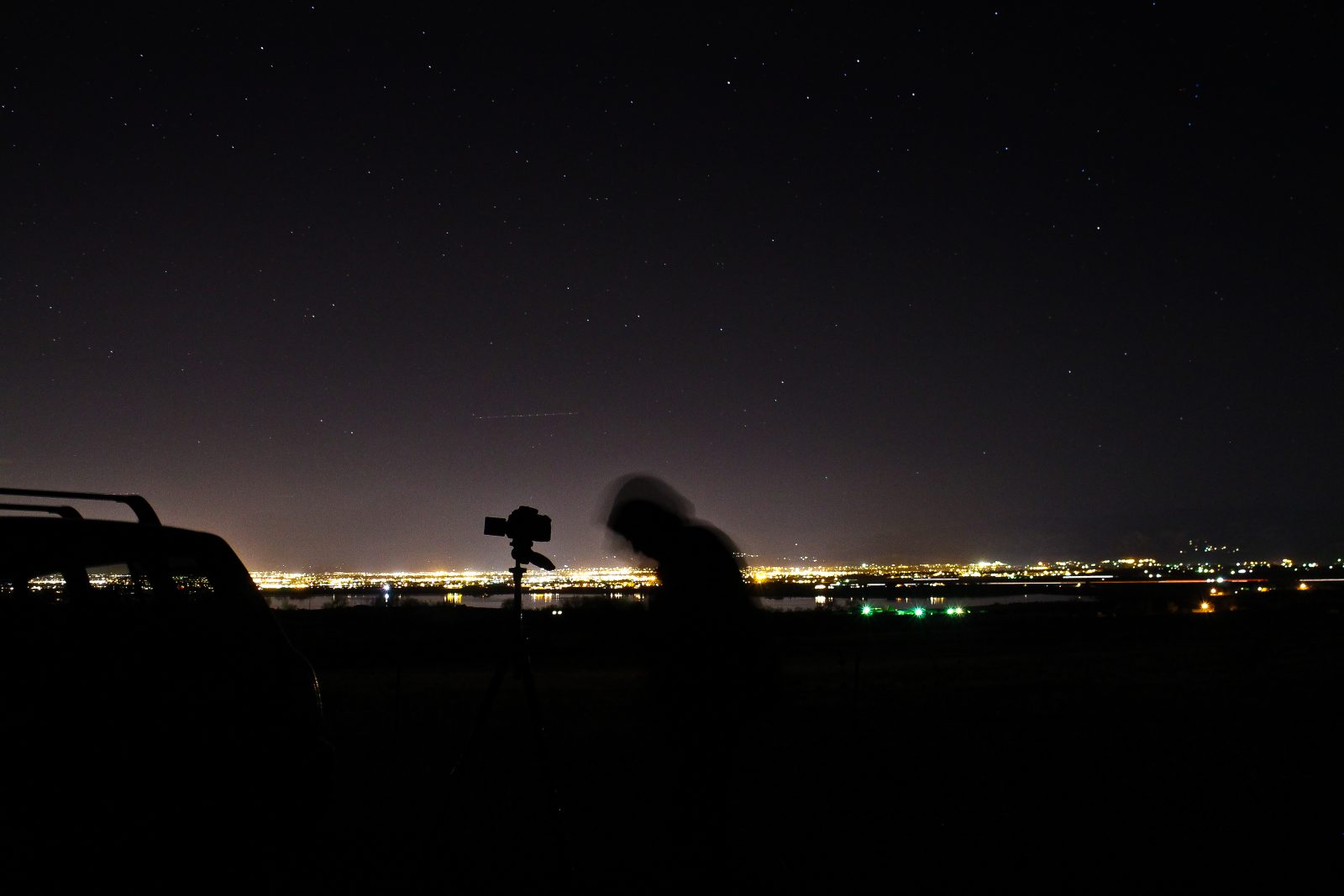 I liked this photo because Ben’s camera is perfectly stationary and he was moving around while taking his photos. The conglomerate of lights in the background are the City of Fort Collins and associated suburbs viewed from the North East. 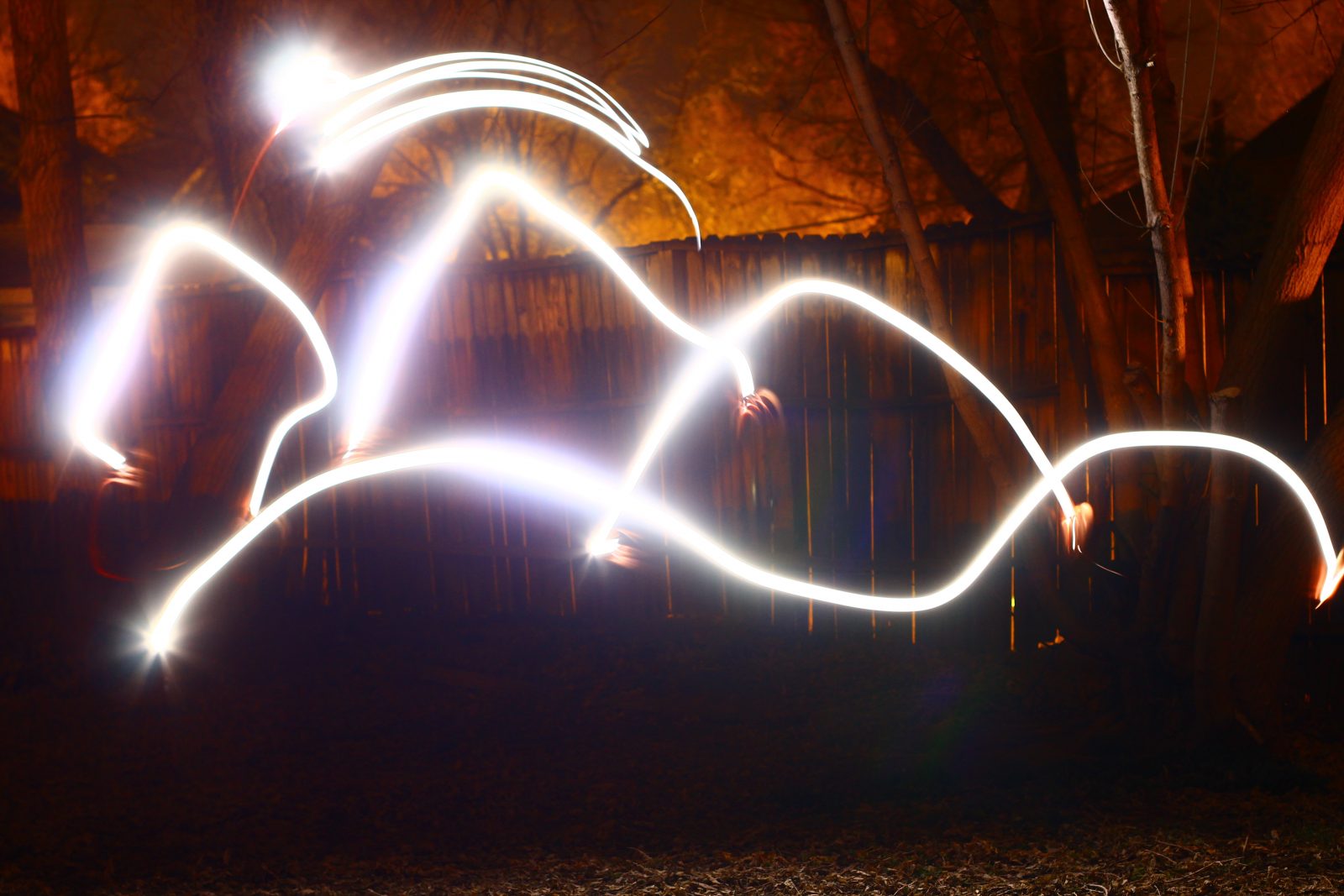 This is a light drawing I did with my friend while hanging out on a  weeknight at Sabrina’s house. I believe this was on Ben’s 60D with a 35 mm prime lens and a 30 second shutter. I am not very proficient at drawing and the only thing that I can draw is Mountains… So… I drew a landscape with a flashlight in front of the camera and this is what it turned out as (granted, after a few tries).