McLeod is the uppermost section of a larger urban area called Dharamsala. It’s a haphazard network of rugged streets and allies that follow the steep terrain of the hill it sits on. From most places in town, one can see spectacular views of the valleys and hills to the south and the foothills and high Himalayan peaks to the North. Due to the Dalai Lamas presence here, the yoga and meditation centers, as well as the relatively relaxed vibe, there is a very large tourist population that comes here. When walking down the main street in town there there are native Indians, many Tibetans, and lots of expats from all over the world. Creating a pretty fun atmosphere with lots of cafes, restaurants, markets, vendors and people to talk to. 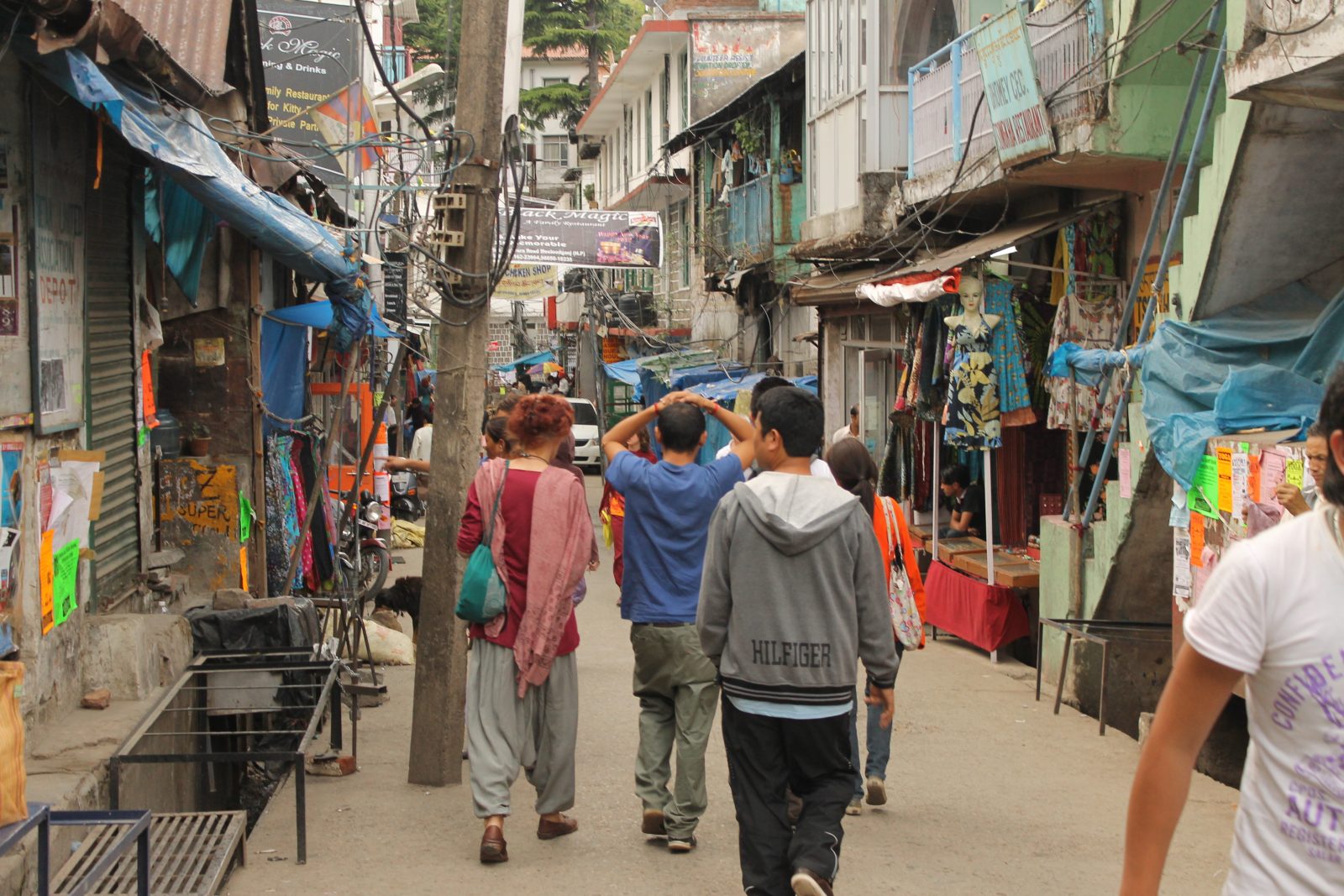 A main drag in McLeod 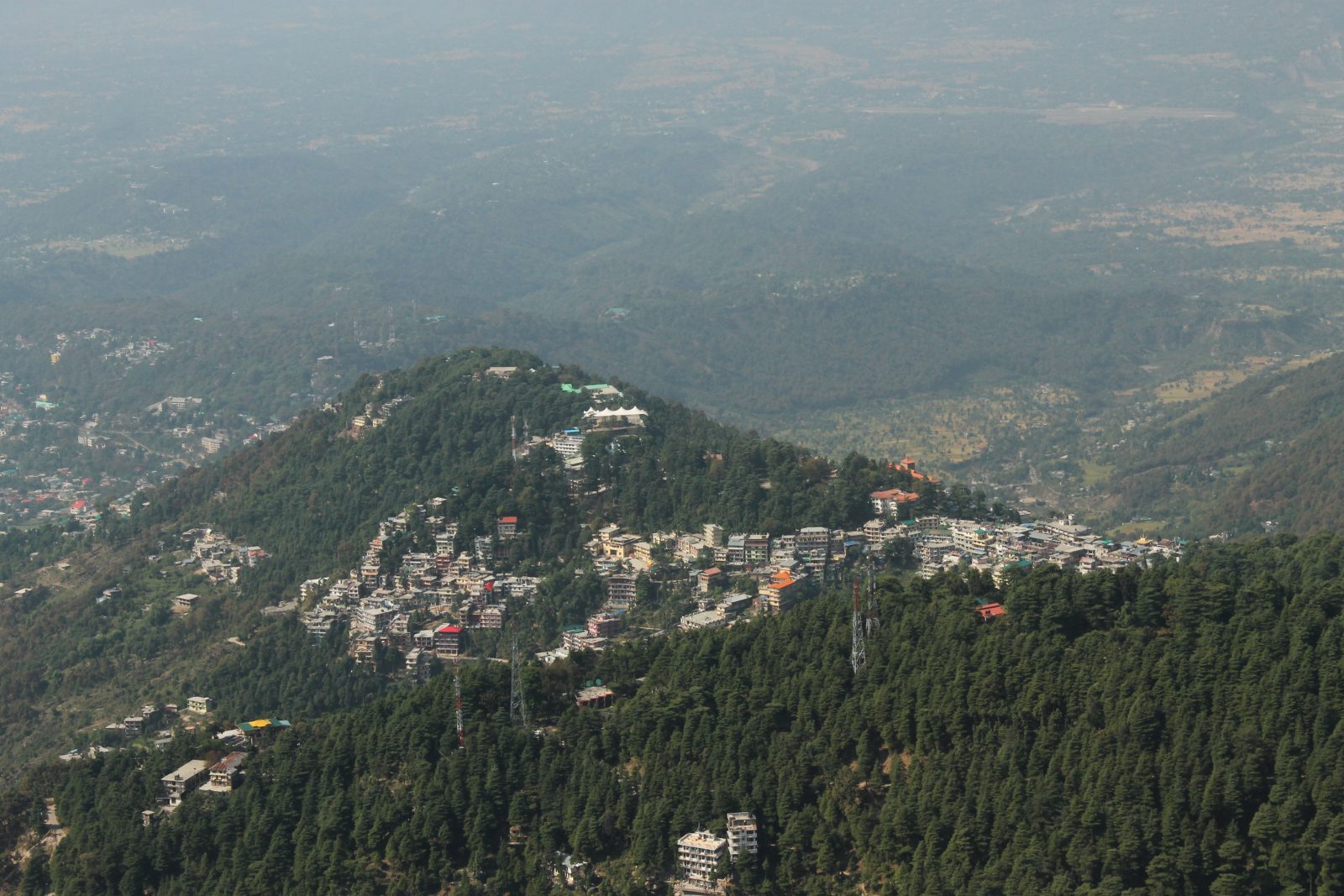 View of McLeod Ganj on the hill and lower Dharamsala off in the distance.

I have got to say that it feels great being here. As far as relaxed vibes go, this place even beats Durango. The analogy would be to imagine the town of Durango (but Asian style ha ha), and instead of a college on top of the hill, there is three or four monasteries that get foreigners immersed in everything from hour long meditations to 10 day long viphasana retreats.

My daily routine as of now has included: hanging and having meals with my host family, spending time at the meditation and yoga centers, walking in the hills, taking pictures,  spending time playing and teaching guitar, drinking pots of chai in cafes and eating awesome food (lots of mangoes), talking with the locals and teaching english at Lha. All of which, I have got to say have been in a pretty un-structured, spontaneous and low stress way.

Which is a very nice change of pace…

I will leave you with a picture of one of my favorite treats here… The Momos… These Tibetan dumplings can be found at small street vendor’s stands throughout town. They are a savory street snack that is good any time of the day. They can be steamed or fried and usually come stuffed with potatoes or spinach and a good amount of Tibetan extra spicy special sauce. And, the bargain price of 10 rupees (20 cents) gets you four dumplings and good smile from the Tibetan woman pulling them out of the wok… 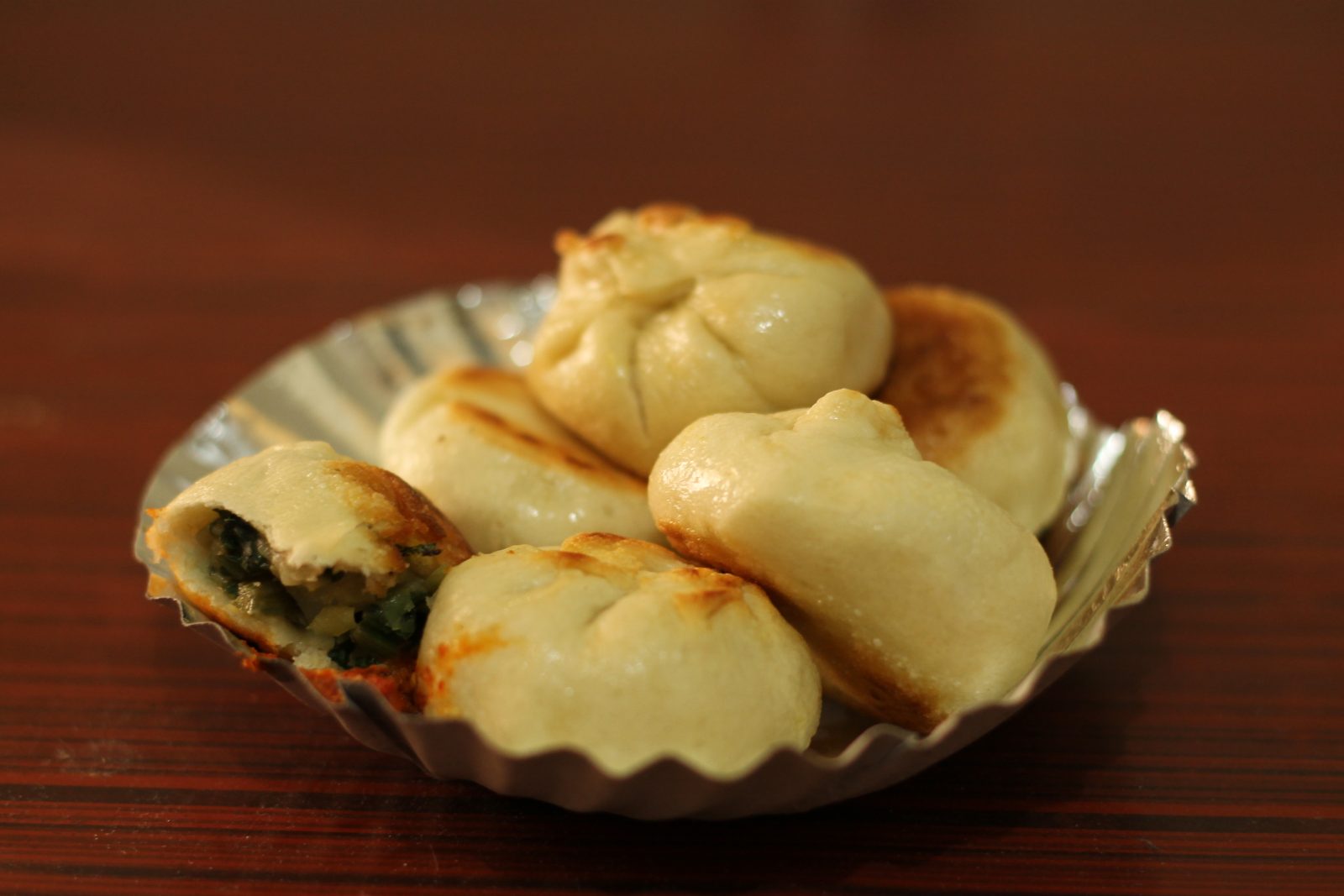